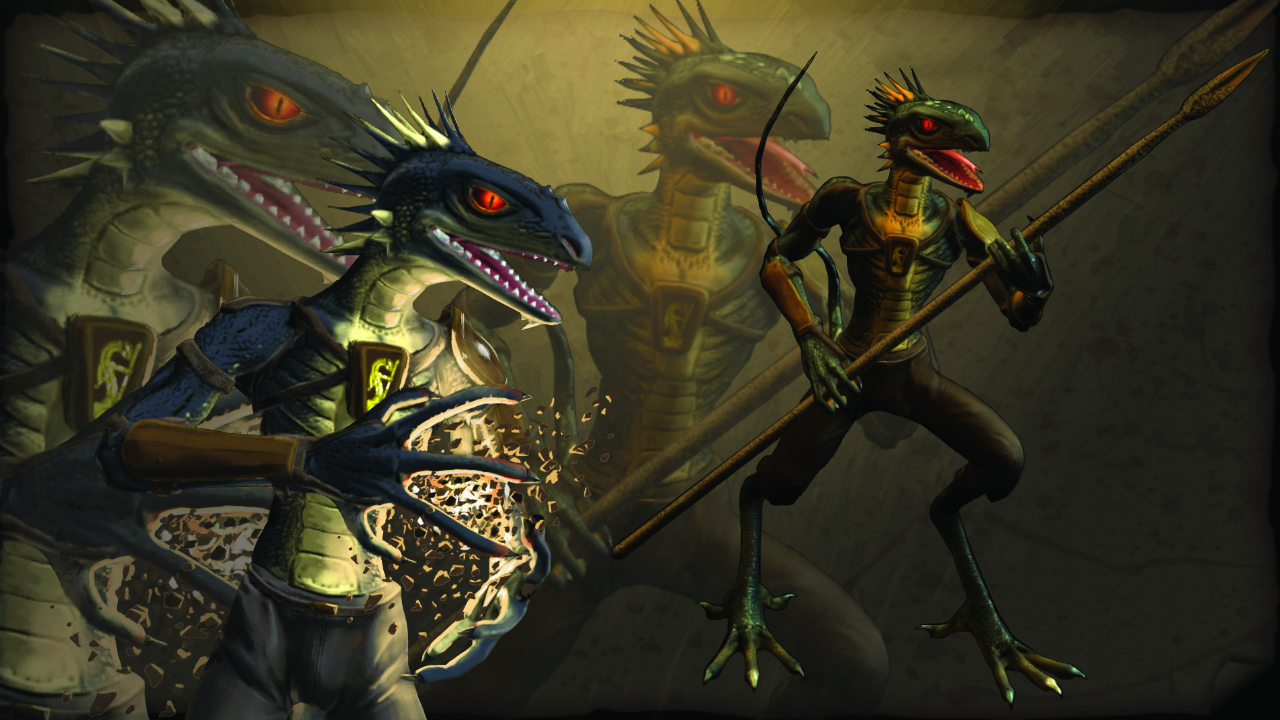 Sajotir knows more about the dungeon than anyone. This stru was there when it was sealed two hundred years ago and went into a deep sleep until he was recently awoken.

Stru are odd creatures and seeing them in an anthropomorphic way can be dangerous. They do not think like people, or behave like people. They have their own drives and desires. Many refer to any given stru as ‘it’, but others who feel that to be derogatory say he or she depending on a stru’s behaviour. In truth strus don’t actually have a gender until mating season so they don’t really care what you call them.

Sajotir is the archetypal stru. He’s cunning, suspicious, and vicious. He assumes that everything and everyone is a threat until he knows better. These are common stru traits. Sajotir is all of these things in abundance, but what makes him stand out is his wealth of experience dealing with both humans, and the Dungeon. He is noted for having worked with the Aramarians when the dungeon was last opened hundreds of years ago.

Since then Sajotir has slept and kept his knowledge to himself. Why he has resurfaced now is a mystery to most, but those wise enough and lucky enough to have spotted some of his machinations know that this creature is definitely up to something.

This is exactly the lie I was talking about last week. There was never concept art for Sajotir other than some doodle sketches from a long time ago that have long since been lost. The “concept” above is a final piece that appears in game. It was done by posing the model. Putting a deliberately crap shader and lighting on it to kill all the nice detail, contrast, and specular. Then it was blown up to be large and blurry. Then I painted over it, and finally used a filter to mess up the details even more. Look below and you can see the construction of this dirty filthy lie.

It’s a cool lie though isn’t it?

The final version isn’t that far off the original little board game squiggle either. 2D Vs 3D Spear fight!!!! 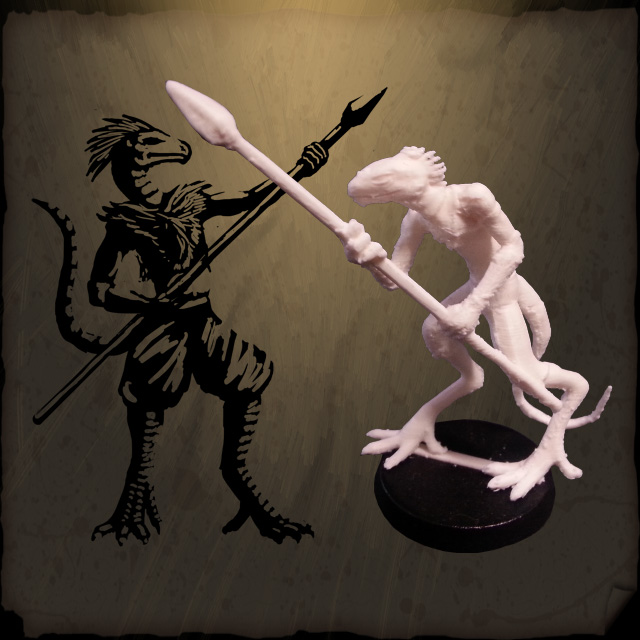 Next week I may even reveal more dirty industry deception. That or tell you all how contrary to popular belief, humanity is actually totally awesome. Either way, follow us on the twitter, facebook, and instagram. It’s where the magic happens.