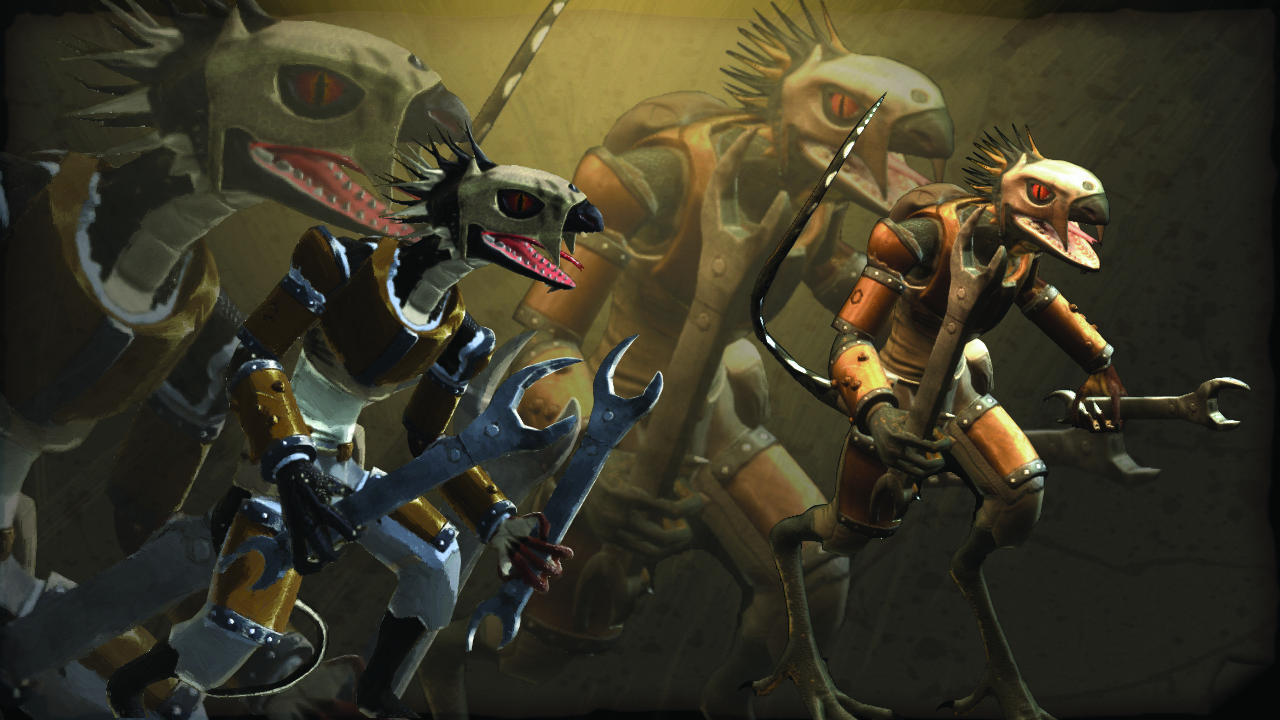 Yokusel is the loyal accountant of the Tae family and has worked with them for many years, despite never developing the skills to speak a human language. Still, he manages to communicate through a series of “Yak” sounds and this has led to him being referred to as Yakky by many, which is very much the equivalent of calling a warfang ‘Woofy’.

What Yokusel lacks in linguistic skills he more than makes up for with his mastery of finances. He isn’t very interested in wealth directly, but he likes getting the most out of resources. It’s all just a game to him really, and that is how Yokusel approaches most things.

When not counting beans, Yokusel usually accompanies Lady Meru Tae as she goes about her studies and family business, and that’s how he ended up in trouble on this occasion.

Thankfully Yokusel is extremely light on his feet, and has also learned a few things about mechanics from Lady Tae. He’s not averse to ripping out the odd throat either.

I could repeat the same speech about lies from two weeks back but there’s no need, because this is the internet and that’s all still there for anyone who cares to read it.

Concept art for Yokusel was limited to a few sketchy doodles on a couple of occasions. They might still be buried somewhere in the office but they aren’t nearly exciting enough for me to bother trying to dig them out. It’s not really important anyway, because as you can see from the original board game ink blot, Yokusel has pretty much stayed the same. The final model above does have neater spines, but that’s likely to change before release so I don’t count that.

Anyway. Onwards and submitwards (That’s a descriptive non-existent word so I’m keeping it). We all have many bugs to squash, and there are also some problems that need fixed n the game. 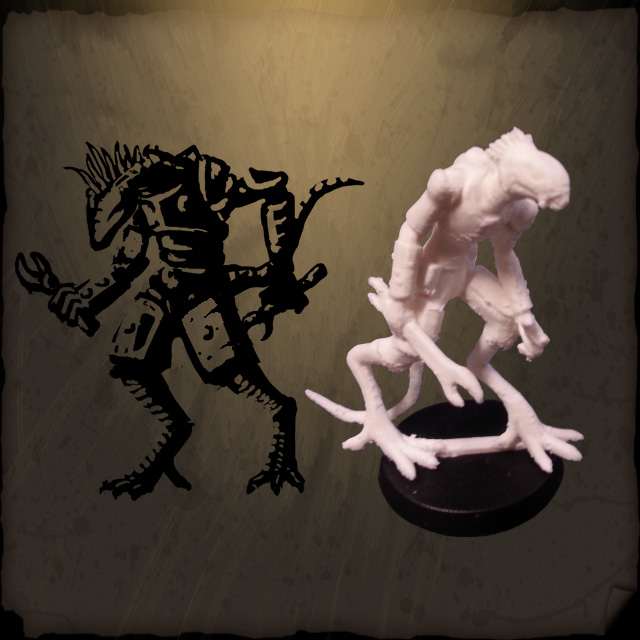