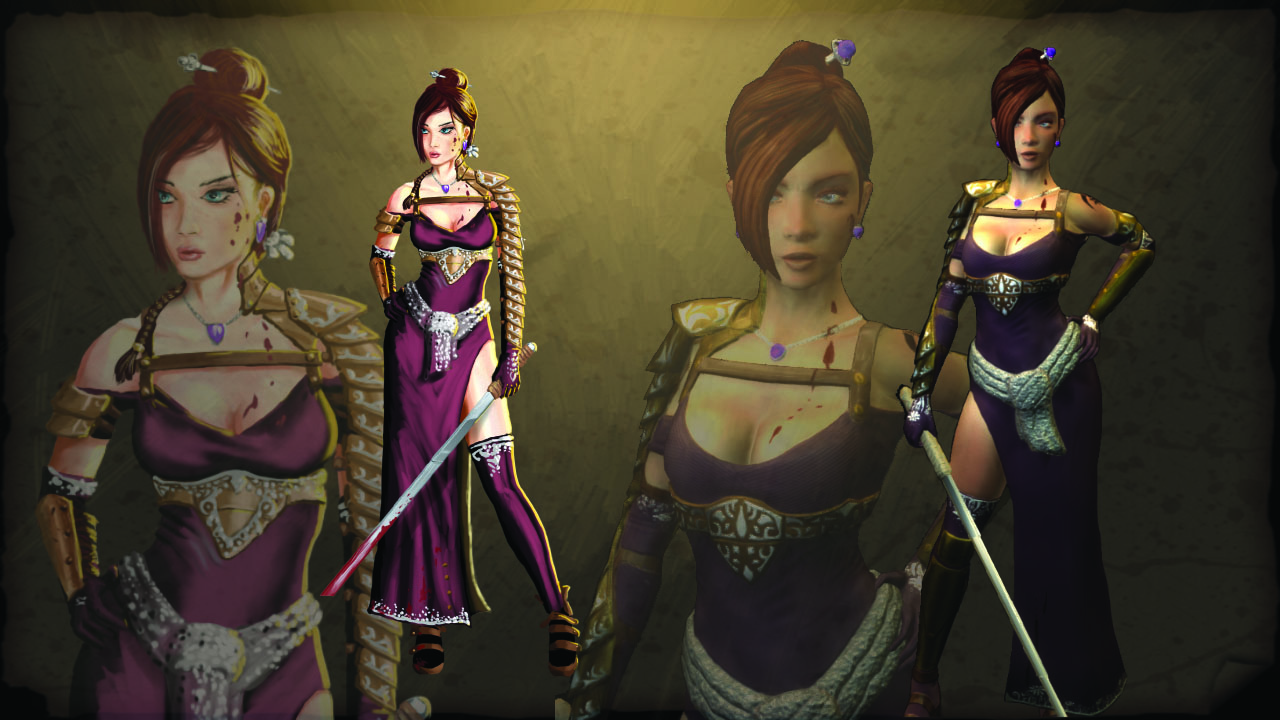 Chantelle was once an expert con-artist who used her looks and charm to steal from nobles across the region. Unfortunately, she ended up getting caught by Lord Serflower whose lack of interest in women meant that her wiles were of no use to her. Her partner suffered a brutal death at Lord Serflower’s hands, but Chantelle was spared death. Rather than being executed, Lord Serflower enslaved her for her crimes and decided she might be a good crowd pleaser in the arena, if she survived for any length of time.

Lord Serflower’s business acumen proved to be correct and Chantelle quickly became an arena favourite with her combination of style and skill. She competed successfully for years but whenever an opportunity arose she tried to escape.

After her second escape attempt Lord Serflower had started to increase the odds against her in the arena hoping for a spectacle before replacing her. But when she tried to escape for a third time the rules he’d set out dictated that she must be executed and her head placed on a pike as an example.

Thankfully for Chantelle, her execution was interrupted in a timely fashion, and she dove into the Living Dungeon in the hopes of escape.

Chantelle was one of the later peices of concept art to be done as she was one of the last characters to be conceived. She also was originally name Shilara (and still is in her BOOMBA! incarnation), but her name was changed to Chantelle by a giraffe named Fee who just decided to rename the character after the person who played her every game. It stuck.

As you can see this character stayed pretty true to her concept. She was made right handed instead of left handed, lost her hair metal flower thing but gained shin armour. Her dress has changed colour and material a number of times and may yet change again before the game is finally released, but that’s trivial and overall I’m quite surprised at the similarity. Maybe I need to give the game version some heavier eye liner though.

Next week I have absolutely no idea what I’m going to talk about. Maybe I’ll even announce something cool, or imply that I might announce something cool. Regardless, you should follow us on the twitter, facebook, and instagram. That way whenever we do actually do our proper announcements of epically cool stuff, you’ll be right there to see it. 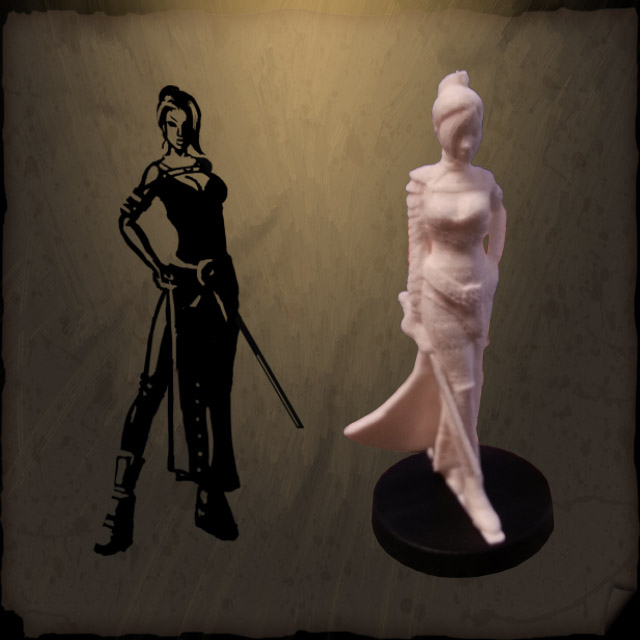