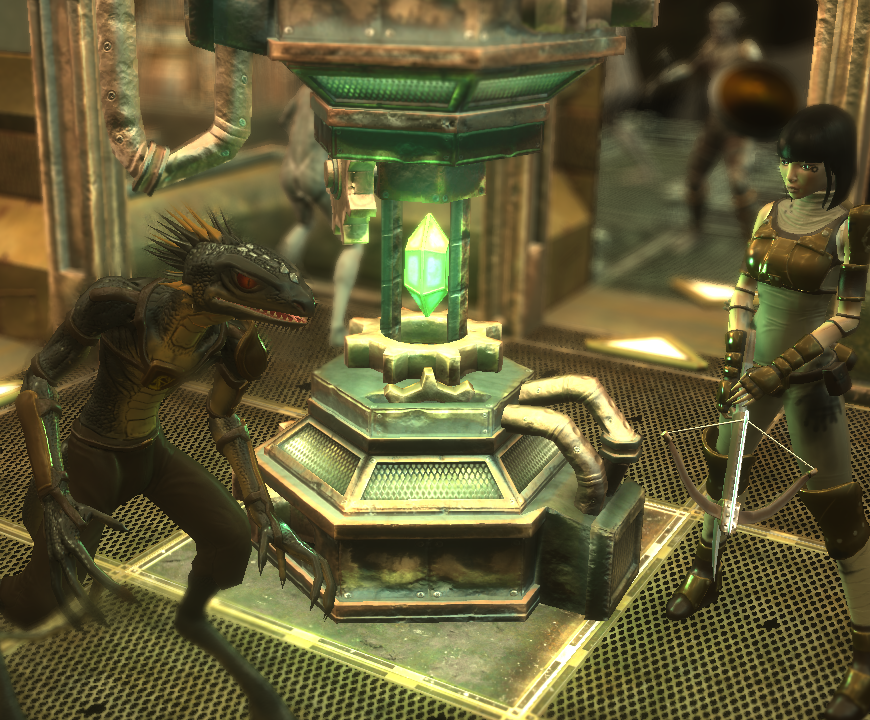 The picture above has no real meaning or purpose, nor is there any significance to Meru’s crazy glowing eyes. Other stuff is breaking so I’m using cheap distraction techniques.

You know that thing that happens when you reckon a game is nearly ready to submit, then everything breaks. That’s what we did this week.

And I don’t even mean just stuff in the game of course. Submission explosion always goes beyond that.

Yeah sure, we’ve changed something and all of a sudden the game doesn’t even build to Xbox, but of course, by sheer coincidence, this week has seen numerous network failures that were nothing to do with us. submission Explosion has even gone so far as to somehow break by bow in 2 separate ways this week. It’s predictable and happens to most people on most projects, but it’s like the Spanish inquisition: no one expects it.

Still. I’m in a pretty good mood as we’ve made solid progress in the midst of this explosion, and I personally have ticked off a couple of little jobs that made me feel like we’re through the worst of it. It’s not all down hill from here, but we can at least see all the peaks from this precarious crumbling ledge. A metaphorical hand glider would be great to end this analogy but since I had no idea where i was taking it, I might as well just add a metaphorical elephant holding a toy fire engine in it’s trunk.

Hopefully it’ll take you the next week to work out the deeper meaning behind that metaphor, and by then I’ll have thought of a new excuse for stuff. In the meantime you know what you have to do. Follow us on social media. e.g.  twitter, facebook, and instagram. It’ll make you feel better about your contributions to the world within the last twenty seconds.