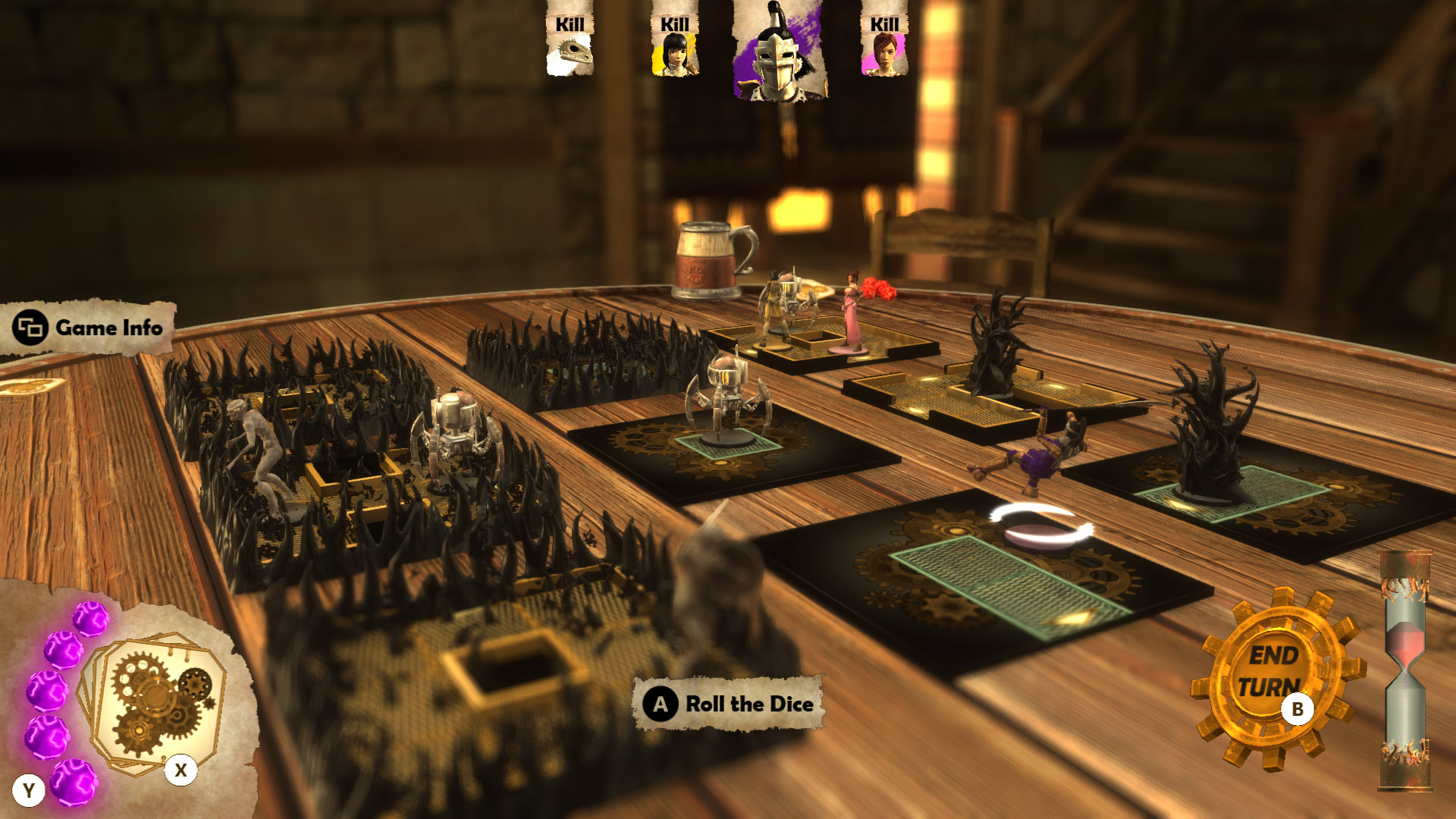 On the 29th of January 2016, the unthinkable happened. The Living Dungeon was released on Xbox One!

As everyone always says, it’s been a long difficult journey. I’d like to say we got there in the end, but this is not the end. We are adding to the game in the very near future and it will be glorious! Metephorically we’ve just smashed down the gates and now have to hack through all the monsters on the way to the keep.

The game has been positively received thankfully, and there are many people who are loving it and telling us as much. To all you guys, we are thankful.

We’ve also seen numerous twitchers streaming the game which is very challenging since The Living Dungeon really does require a good chunk of brain power to even play. Playing while chatting adds an extra level of difficulty to an already demanding game. Some people are managing with surprisingly high levels of ability while a few others others have difficulty understanding such an unusual game but figure it out as they go. There was one guy we watched who was trying to stream the game while stoned, and playing a multiplayer game with everyone on the same team while he just killed things as the DM. We made the game and still had absolutely no idea what he was doing.

Over the weekend I sat in on one such stream, with a gentleman named K4rn4ge. Karnage was not good at the game. In fact he turned being bad at the game into an art form. There were times when it seemed like everyone in chat knew exactly what he needed to do and had to watch in horror as rather than escaping, he instead committed suicide one move from escaping the level. Twice! I’m not bringing Karnage up to rag on him. I’m mentioning him to commend him as he deserves every gamers respect. He knew this game was not in his normal skill set, but he took on the challenge anyway and persevered. He tried again and again until he got there, and through all of his failures and frustrations, through each attempt and each death, he always put the entertainment of his viewers first and foremost. So cheers to you Karnage. You’re a legend who can keep smashing into any brick wall and the wall will give way before your face.

The steam version is going reasonably well too. It has a good positive rating and people on the whole are being very helpful when a problem does occur. Most of all I’m eager to see what happens when we get online play in. Chantelle is making good progress in that respect and I’m really looking forward to the first transcontinental multiplayer game. That is going to be a technical achievement to celebrate, but in the meantime check out a screenshot from today. These two images are concurrent. It’s 1 game being played by 2 players. Visible progress.