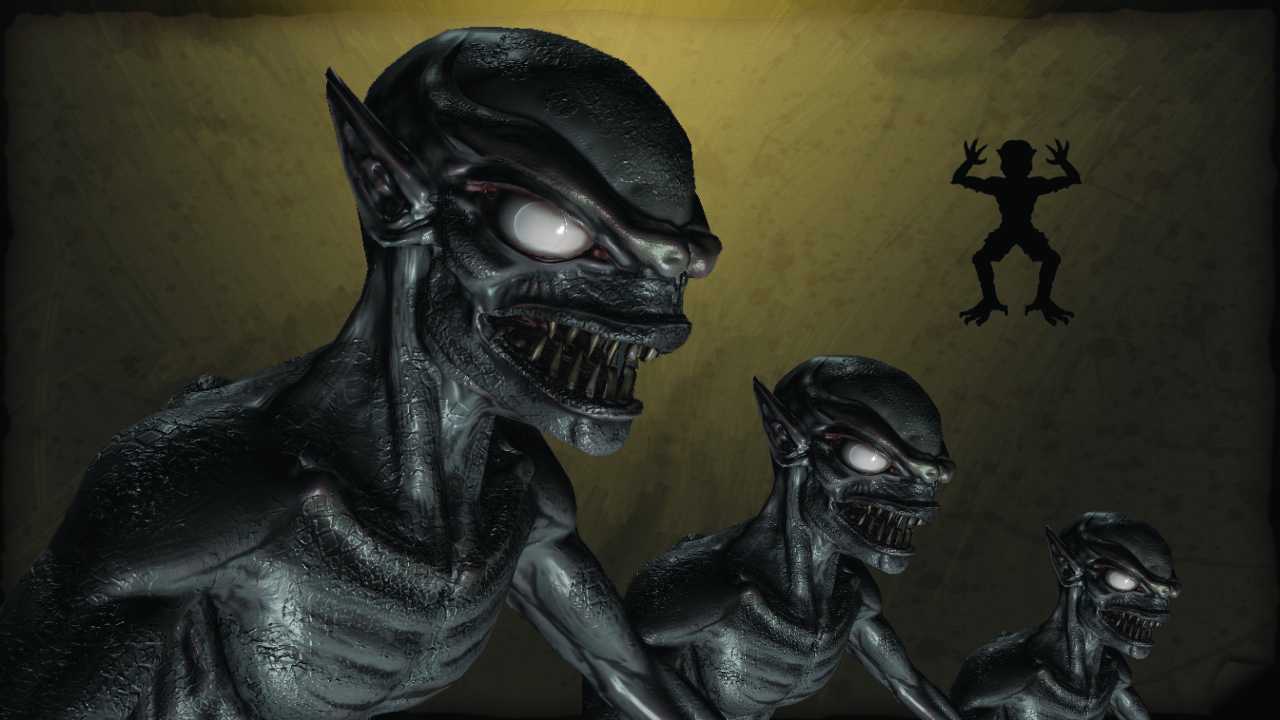 Just a short diary today since I did one earlier in the week already.

I’ve been trying to fix a minor issue with the wretched. That’s the monster in the picture: also known to players of the original board game as ‘Party guys’.

Recently I had to castrate them all as they were breeding out of control and jamming up all the for loops in the code. Either that or something to do with being careful about ESRB ratings.

So, while trying my best to stitch up his gaping groin wound and leave him with an appropriate dignity saving shadowy area, I remembered when I gave up on this model before.

I don’t mean that in a bad way either; it was the right thing to do. I was actually busy fiddling around with the flakes of crusty skin on his head when I realised that no one was ever going to see this. I still had another nine characters to do so why was I bothering with this detail that could only ever be seen in the screenshot shown above?

It’s not like we had the budget to do high detail rendered cutscenes, and it’s not like I have any artistic integrity.

So basically I was being an idiot and wasting time…

Oh. I think that is actually the point of the story. Not sure where I was going with it really.

Next week I might be persuaded to talk about the difficult and painful subject of compromise. It’s worse than it sounds believe me.

P.S. The board game versions still have their dangly bits 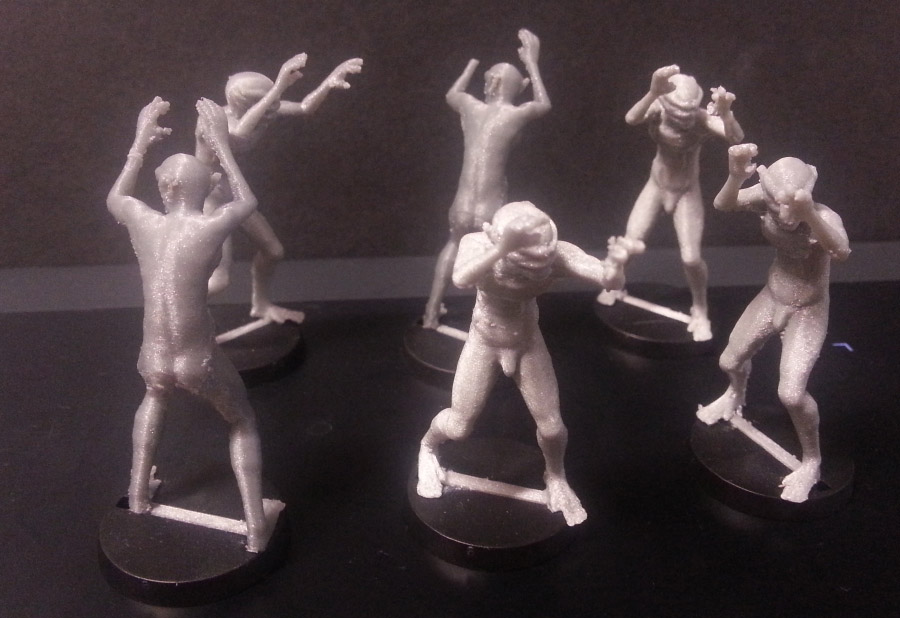